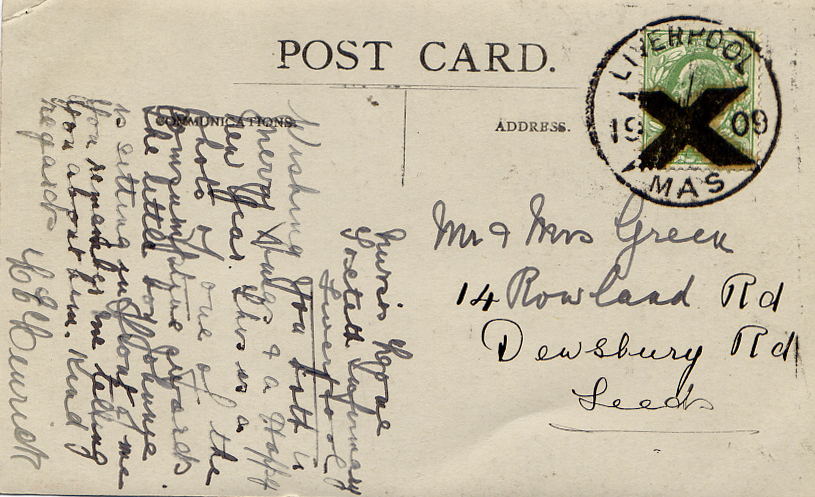 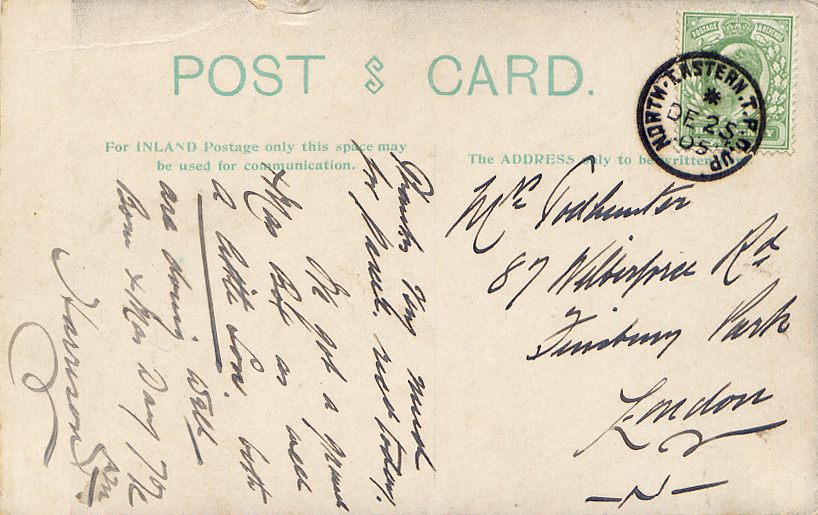 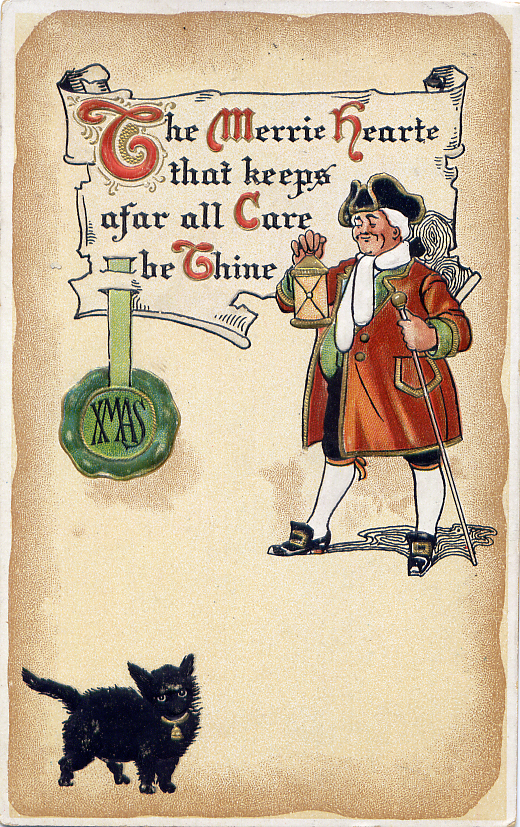 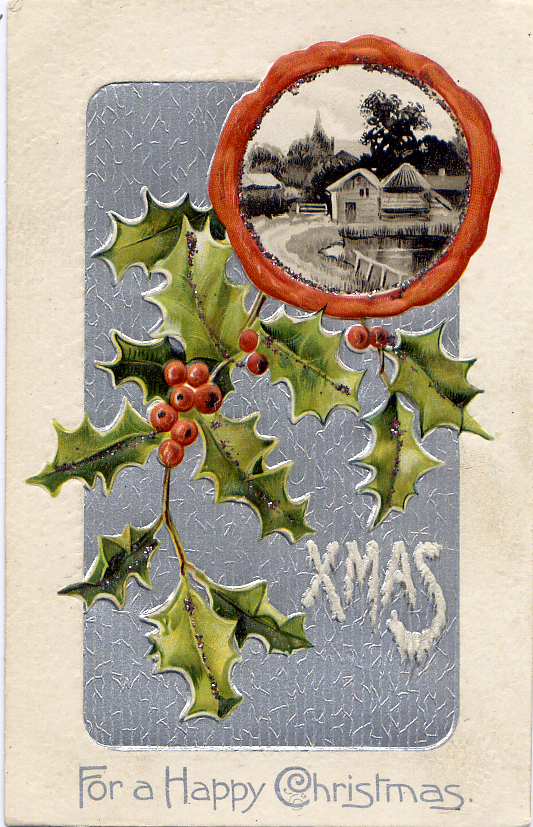 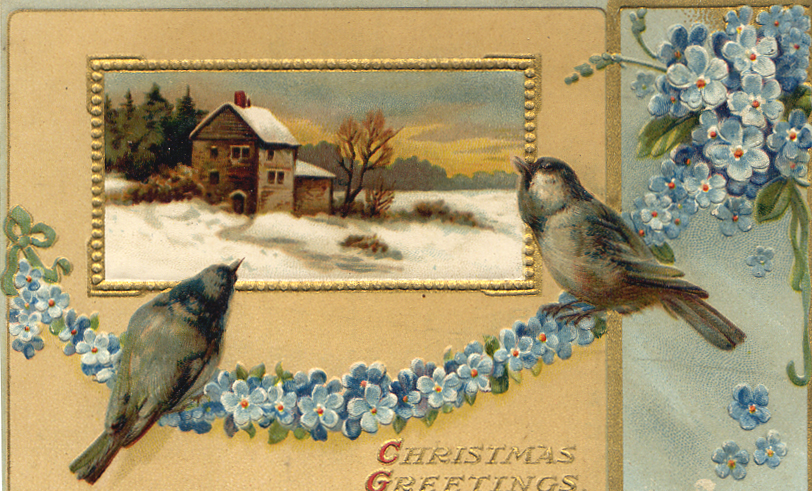 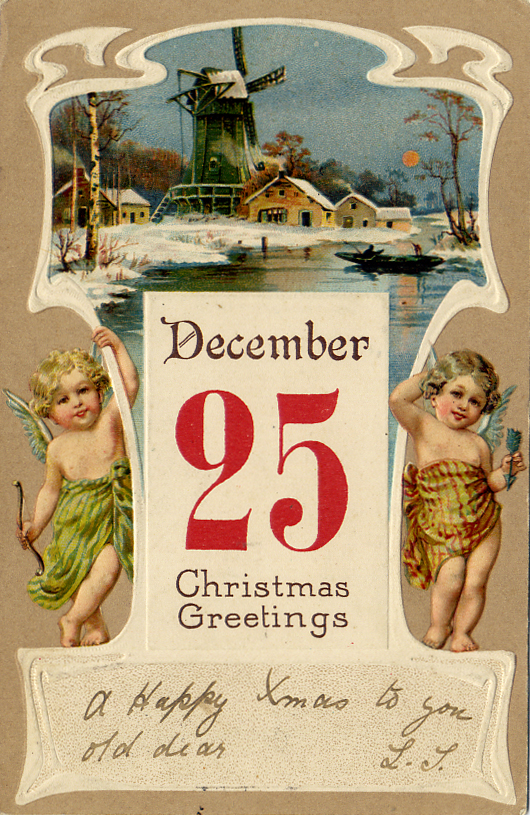 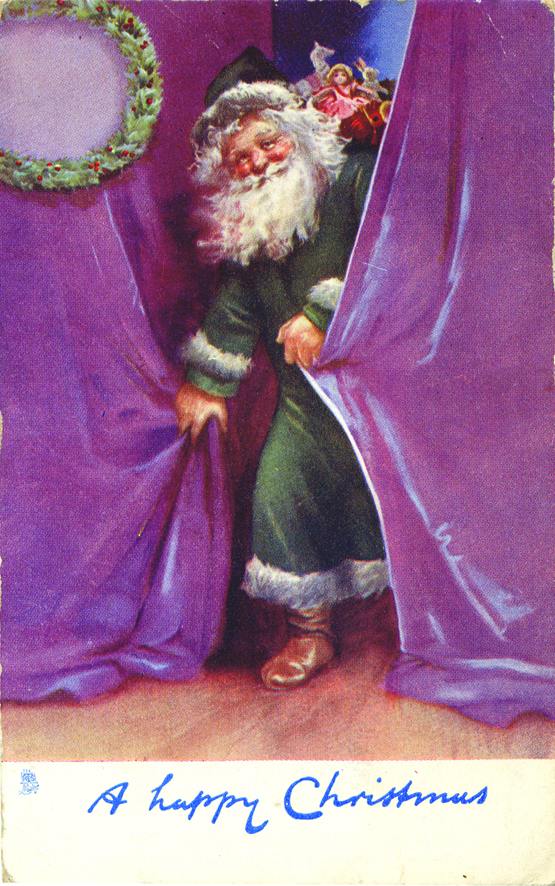 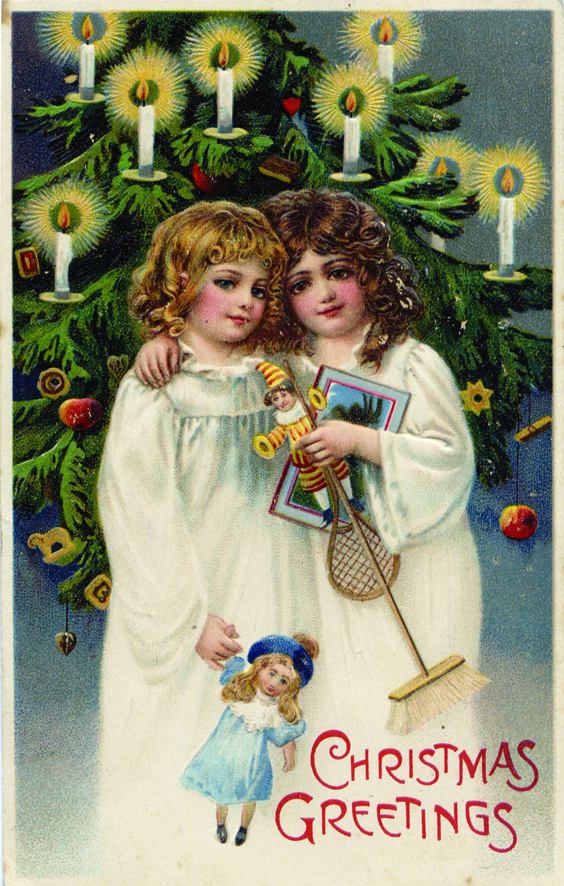 For a couple of decades at the start of the 20th century, picture postcards reigned supreme in the seasonal greetings market. Costing just one halfpenny to post compared with double that for a folded greetings card, postcards soon eclipsed that market. And what a wealth of subjects appeared on Edwardian Christmas postcards! Images of holly berries, robins, snow scenes and seasonal characters were produced by the million. Favourite with collectors now are cards featuring Santa Claus, especially those designed on the hold to light principle, where cut-outs of the top layer of cardboard produced a magic brightness in parts of a picture. Hold to light Santas were particularly popular in the States. At one time an enterprising British dealer mopped up all those going in the UK and flew out to U.S. postcard fairs to sell them on (along with lots of other pcs that Americans liked!). I quite like elves and pigs on Christmas postcards, but there is something that can fit into most themes – and many artists were represented, too.  So many thematic possibilities are possible with these seasonal postcards, and one collector from Sheffield, Wendy Mann, took advantage of them to write a Christmas article for Picture Postcard Monthly each December, mining a different angle every year.

At the height of the picture postcard boom in 1907, these pieces of miniature artwork served like email and social media do today – the quickest communication possible. With multiple collections and deliveries each day, people could be confident their postcards would reach the intended recipient very quickly. Late thinkers were even rewarded with deliveries on Christmas Day, bad for postal staff, but which opens up for collectors today the added bonus of unusual postmarks – either December 25th cancellations, or Christmas crosses, that indicated mail posted in advance for delivery on Christmas Day.

Merry Christmas, and have a great collecting year in 2021!