National Postcard Week? It was Hal Ottaway from Wichita Postcard Club who reminded me of it. The concept is still alive in the USA, promoted by the club from Kansas. This year it’s May 1st to 7th, and it struck me that maybe it would be a good idea to resurrect the concept in the UK – it lapsed in the early 1990s. I’ve pitched the idea to the Postcard Traders Association, so we’ll see what happens there. NPW UK was strong in the 1984-88 period, but maybe the promoters (including Alan Bower, whose original idea it was) became weary of it.
I guess it’s too late to do much for this year, but it would be nice to give the idea a bit of promotion – encourage people to send actual postcards through the post and so on – but for 2023 it could incorporate co-ordinated exhibitions, media press releases, and lots of social media coverage. Your thoughts welcome.
Meanwhile, here’s what Hal Ottaway told me about the history of NPW Stateside:

“I think our Wichita organisation is the only postcard club that has issued a NPCW card every year since 1984. I am very proud of that and to have been a part of this club. We first started with a Show postcard in 1979 and then in 1984 started making two postcards for show and NPCW and then I believe it was in 1990 that we started giving every member a Membership card…but not one for their wallet but for their postcard album. All of our Member postcards have featured some business or industry here in our area and on each card there is someone reading the Wichita Postcard Club NEWS and the year date is always on that particular newsletter. All of these postcards have been designed by Rick Geary, starting with our Second show postcard in 1979. Isn’t that cool?

For our very first postcard several members went downtown and bought three or four different chrome postcards of Wichita views and then took them to a printer and had them overprinted with First Wichita Postcard Club Postcard Show…that was in 1978…and then we met Rick Geary and he said, “yes, I can design a postcard” and he has been making them ever since. Just think of all of the hundreds of different cards he has made.

I believe we are going to feature Rick in a monthly meeting and review all of this so the current members will learn and know of this history”.

Maybe in 2023 it could be International Postcard Week!!!

Illustrated postcards:
1. National Postcard Week 1984. This card was designed by Gillian Rice, printed by J. Arthur Dixon and published by Alan Bower.
2. Also 1984. Same printer & publisher, design by Ted Hawkins.
3. A 1986 postcard – design by Jack Follows, published by Ron Griffiths.
4. Another Gillian Rice/Alan Bower collaboration in 1986. Card printed by Thought Factory, Leicester.
5. 1988, and the same duo were responsible for designing/publishing. This is also in the J/V series, no. 837CX.
6. I think this was 1992, but can’t be sure because the date’s final digit is obscured by the ladder. Fred Camp (of Leeds Postcard Fairs fame) was the artist, publisher was again Alan Bower (who also published postcards under the ABBA title. 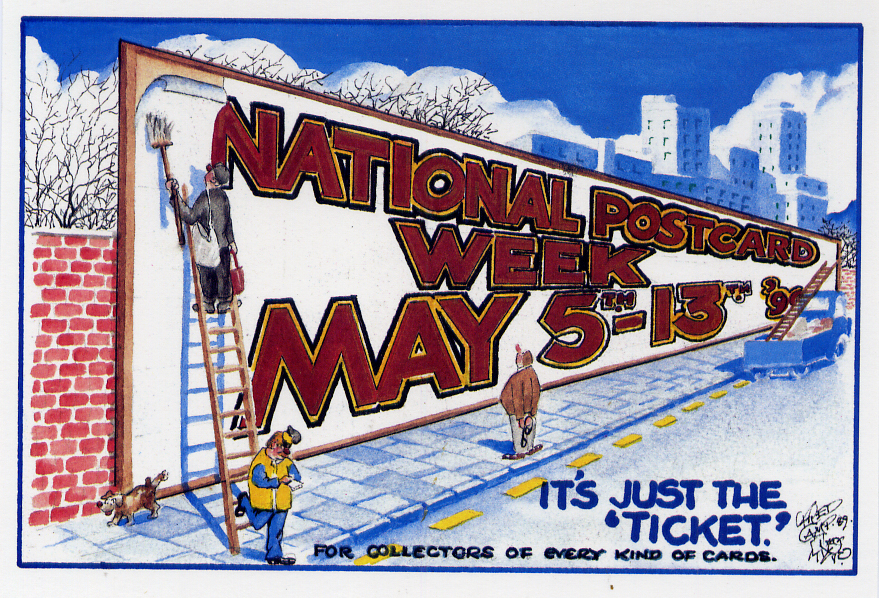 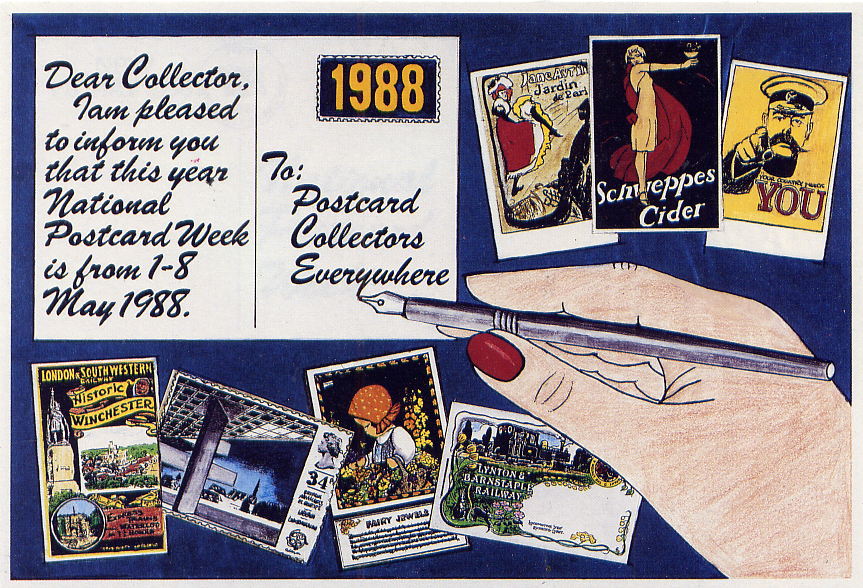 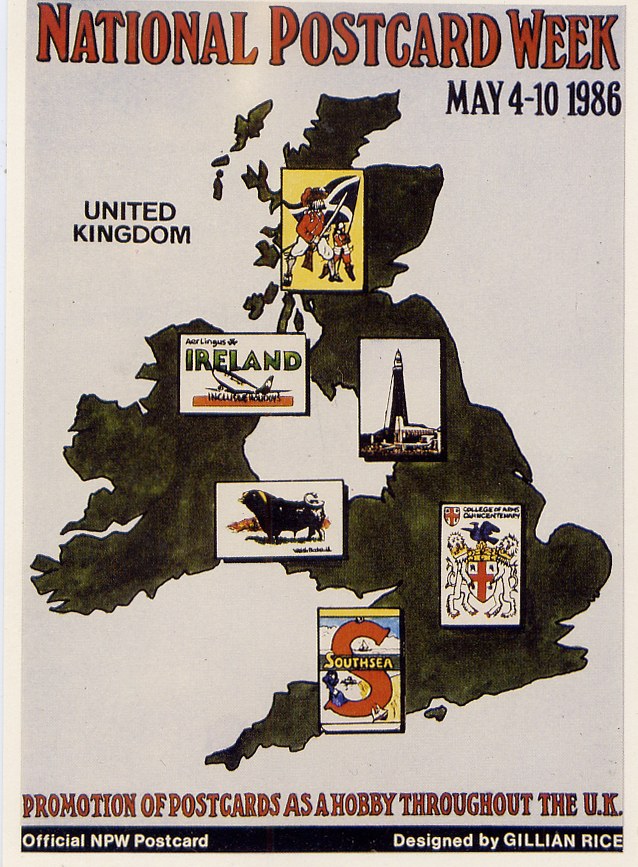 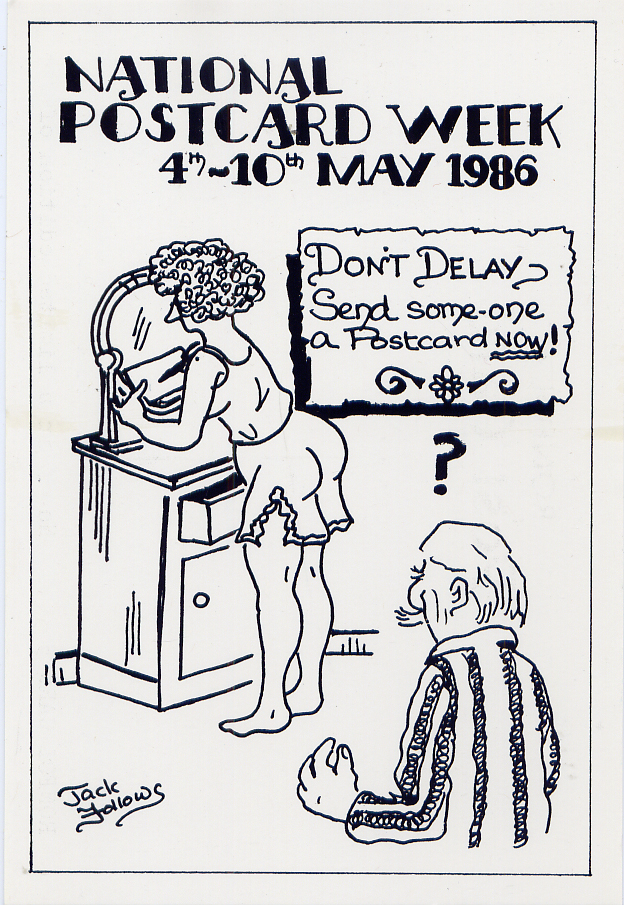 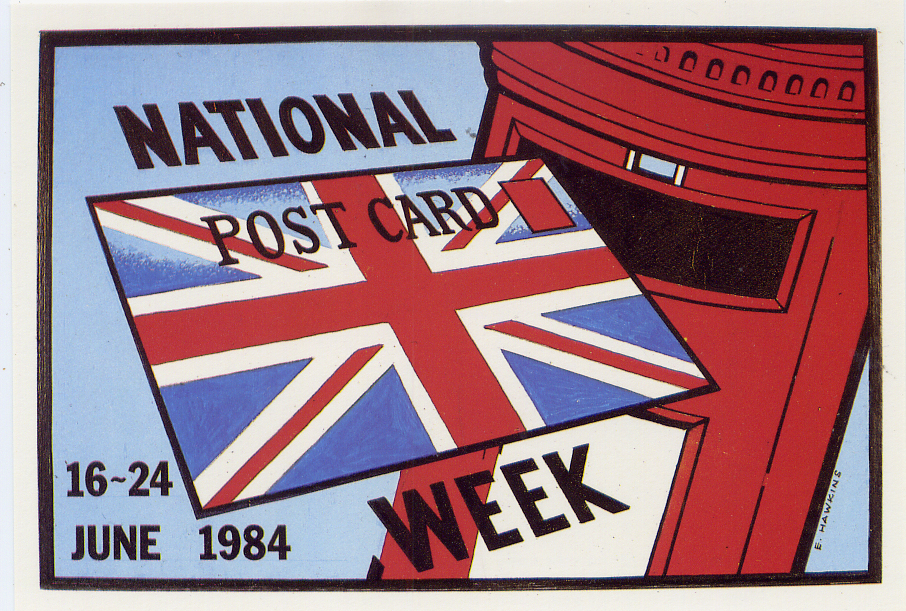 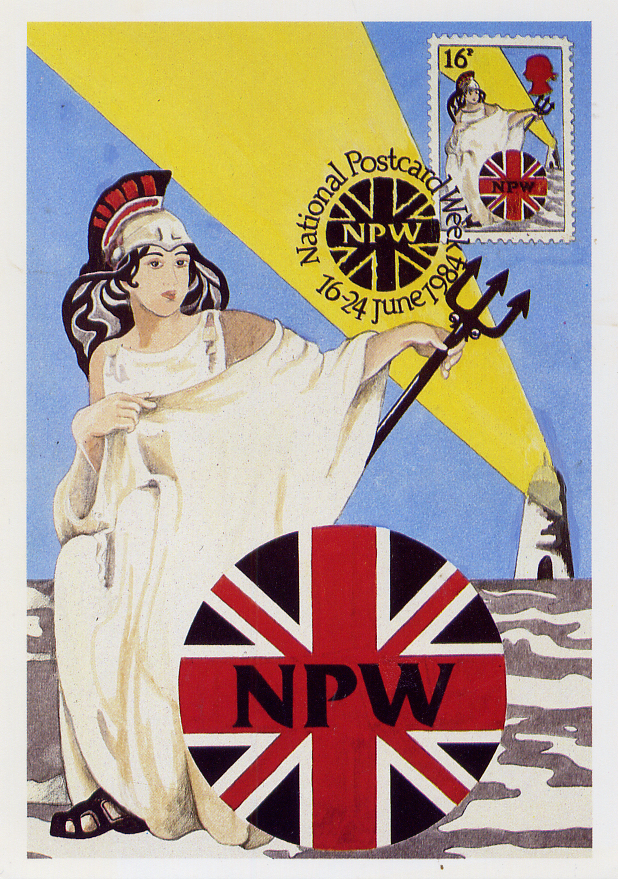