items in your basket - total   Checkout

Politics in Britain on old postcards 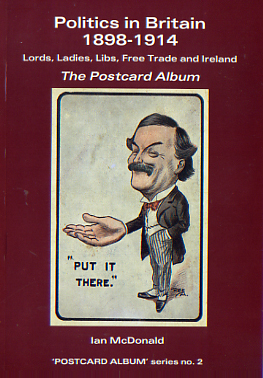 A suberb album of picture postcards which, along with Ian McDonald's expert commentary, tell the story of the big issues that occupied people in Britain in the two decades before the Fist World War. In an era that spanned three monarchs, picture postcards played a key role on bringing the stories and personalities of the day to the general public, and every twist and turn in politics was avidly followed up by postcard publishers. All the big names of the day - LLoyd George, Asquith, Joseph Chamberlain, Balfour, Churchill and company. The key issues conered included the Tariff Reform, The 1906 Election, Liberals in power, Struggle with the Lords, Rise of the Labour Party, Suffragettes, The Irish question and Approach to war. ISBN 9781 900138 27 7

Politics in Britain on old postcards
£5.95